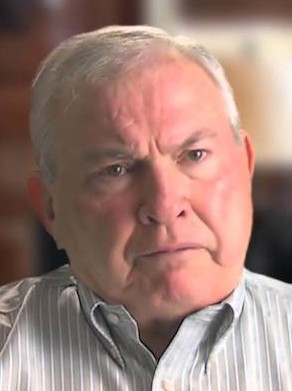 Villanueva was a part-owner of the Spanish International Network (SIN) and would later become President and General Manager of KMEX-34 during his 25 years in the broadcast industry.

Under his direction, he turned KMEX, which would later become Univision’s flagship station in Los Angeles, into the most profitable Spanish-language station in the United States.

Before starting his broadcast career as a sportscaster for KNBC in Los Angeles, he played 8 years for the Los Angeles Rams and Dallas Cowboys, until he retired from the NFL in 1967.

A New Mexico State Hall of Famer, he was inducted into the National Hispanic Hall of Fame in 1988.

He was inducted into the Hispanic Sports Foundation for Education Inc.’s National Hispanic Hall Of Fame in 2003.

After leaving Univision in 1990, he co-founded Bastion Management Corporation, a private equity fund focused on the Hispanic market.

Villanueva hired journalist Rubén Salazar from the LA Times and spoke about the impact of his death and the importance of Spanish-language television in the PBS documentary “Ruben Salazar: Man in the Middle.”