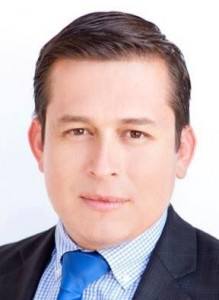 His last day at the LBI Media-owned network was June 17.

Juan José joined Estrella TV as a news reporter for Los Angeles station KRCA 62 in 2006. He was promoted to Senior News Correspondent for Estrella TV’s national newscast in October of 2013.

He began his career in his native El Salvador, where he spent 4 years as a news reporter for Noticias 4 Visión.