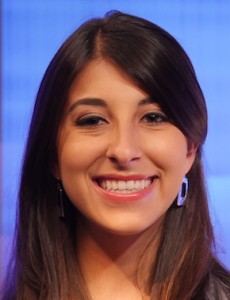 Alexa Santos has landed her first job out of college at WLUK, the Sinclair Broadcast Group-owned Fox affiliate in Green Bay, Wisconsin.

She is a weekday dayside general assignment reporter.

Alexa previously interned at WBBM-TV in Chicago and worked as an investigative video journalist for the Medill Justice Project. She also spent 3 months as a reporter at WGBA-TV in Green Bay through Northwestern’s Journalism Residency program.

Her first day on the job was July 13.