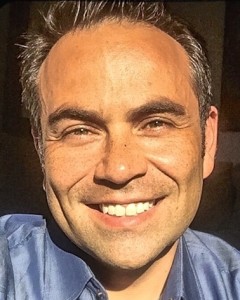 Robert Holguin is leaving Los Angeles, where he has been a reporter for KABC since 2006, to become prime-time anchor at KFOX in his hometown of El Paso.

“My time in Los Angeles was exciting, unforgettable and incredibly rewarding,” Robert tells Media Moves. “I had a chance to work alongside extremely talented journalists in one of the most competitive markets in the country. But after careful consideration, I simply couldn’t pass up the opportunity to return home and assume a leadership role at what I consider to be the best local news outfit in the Borderland.”

Robert’s last day at KABC was last Friday, August 14. He starts as KFOX’s weekday 5 and 9 pm anchor in mid-September.

Robert started his journalism career as a reporter for The Associated Press in Seattle in 1993. He moved to the El Paso Times in 1996, where he reported on the Mexican drug trade and  the unsolved murders of hundreds of women in Ciudad Juarez.

He also worked in Washington D.C. reporting for USA Today, before making the transition into television in 2000. That’s when he joined KVIA in El Paso as a weekend anchor and later morning anchor.