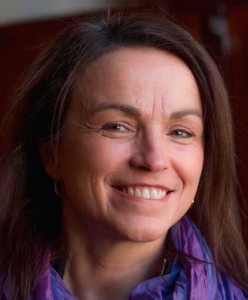 Award-winning journalist Cecilia Vaisman, who had been battling breast cancer for years, died yesterday. She was 54.

A radio and multimedia journalist, Cecilia worked many years at NPR in Washington, D.C., before co-founding the independent media cooperative Homeland Productions in 1990, where she covered international issues, focusing on the Latin America and the Caribbean.

Cecilia also worked at Chicago Public Media. For the past several years, she was also an associate professor at Northwestern University’s Medill School of Journalism.

Cecilia, who was born in Buenos Aires, Argentina and raised in northern New Jersey, was the recipient of multiple awards for her work, including two Robert F. Kennedy Journalism Awards for reporting on the disadvantaged.

She is survived by her husband and two children.

According to a Chicago Tribune obituary, the family will hold a private service.