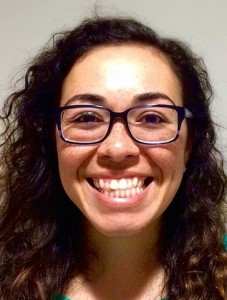 Victoria Moll-Ramírez has started a new job as Segment Producer for “The Rundown with José Díaz-Balart” at MSNBC, based out of the 30 Rockerfeller Center building in New York City.

In her new role, she’ll be researching, writing and working with correspondents on daily stories. She’s working early mornings Monday to Friday from 5 am to 1 pm.

“My job is to tell stories from one of the most amazing buildings in the most riveting city in the United States. It’s a dream come true,” she tells Media Moves.

Victoria arrives to MSNBC from CNN, where she was Cross Platform Associate Producer until August 7. She took a 10-day break before starting the new job.

She began her career as an assignment editor at WKMG in Orlando in 2010. A year later, she was accepted into the NBC News Associate program in New York City and was promoted and relocated to NBC’s Miami bureau to be the Bureau Coordinator in June of 2012.

She moved to Atlanta to work at CNN in 2014, before returning to  NBC and New York City.