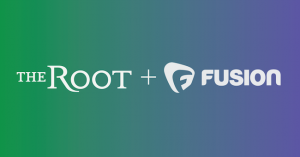 Fusion is expanding The Root’s reach into cable television starting next year.

The African-American online news site was acquired by Univision in May.

Fusion and The Root will develop and co-produce television programming tailored for a young and diverse audience.

The Root will make its debut the Univision/ABC-owned cable net in 2016.

Fusion, which according to Univision’s IPO filing, has been operating at a multi-million dollar loss, has eliminated most of its original programming from its lineup.