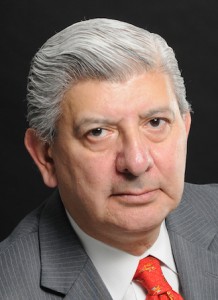 Longtime Univision Emmy-award winning journalist  Pablo Sánchez will be inducted to the 2015 Silver Circle of the National Capital Chesapeake Bay Chapter of the National Academy of Television Arts and Sciences.

Pablo’s career spans almost 40 years in the broadcast journalism industry. He has worked for Univision network for the past 28 years, most of that time in Washington, D.C.

A native of Colombia, he began his career in documentary production at WTOP, now WUSA Channel 9. He would go on to work at WJLA Channel 7 as a public affairs producer and reporter, before returning to Channel 9, where he would spend 10 years as a director, producer and reporter of public affairs shows, documentaries, and the “Saturday Magazine,” for which we won an Emmy.

He joined Univision in 1987, when it was Spanish International Network (SIN).

Pablo also helped launch and co-hosts “Hablemos de Salud,” a national Spanish-language medical call-in program on public television network MHz Worldview with Dr. Elmer Huerta. The show has been on the air for the past 17 years.

The Silver Circle honors individuals who have made significant contributions to the broadcast or cable industry for 25 years or more.

Pablo will be one of seven inductees to the Silver Circle during a ceremony to be held on Sunday, October 25, 2015 at the Fairmont Washington, D.C.