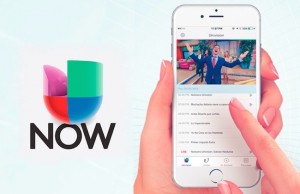 Subscribers will be able to watch the live broadcast of Univision and UniMás networks, and have on-demand access to some, but not all of its shows for up to 7 day days after they go on the air.

The service is available on iOS and Android and web and features a DVR function that stores live streams for 3 days, allowing for replays of that programming for up to 72 hours.

It will also give access to local newscasts in New York, Los Angeles and Houston for viewers in those markets.