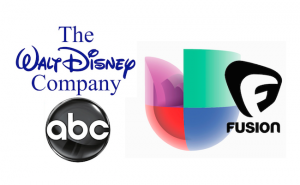 Disney, which partnered with Univision to launch Fusion in 2012, is apparently looking to exit the joint venture that never took off with the millennial audience they were hoping to attract, and which generated a $35 million loss in 2014.

The Wall St. Journal is reporting both companies are in talks to part ways before the end of the year – slightly more than two years after the launch of the cable channel.

One of the options being discussed is for Univision to buy Disney’s stake in the struggling cable and digital news network.

When Disney signed on for the project, the goal was for ABC News to gain more access to the growing Hispanic population in the U.S. Univision, in turn, hoped to attract a younger audience. Univision would be in charge of content, while Disney would handle distribution and sales.

But the JV veered off its initial concept of a 24-hour English-language cable-news channel geared to English-language Latinos. It dropped the Latino label and went after a general millennial audience with an unclear programming strategy, earning it the moniker of “Fusion confusion.”

Since its launch, the cable channel has laid off a significant number of its staffers as it canceled almost all of its original productions, only holding on to Jorge Ramos’ weekly show “América.”

The JV has been a money drain. Earlier this year, the companies pumped in another $30 million to the project.

Disney may be just looking to cut its losses with Fusion and focus on its $400 million investment in Vice Media, whose content is very popular with millennials. So much so, that it’s launching a cable lifestyle channel aimed at millennials.

Vice partnered with A&E Networks to launch that channel, which will take over the H2 network in 2016. Disney owns 50% of A&E Networks, so it will have a stake in the new cable channel, as well.

According to the WSJ, Univision also wants to part ways with Disney, so it can take full control of Fusion.

While both companies have refused commenting on the story, Univision  and Fusion CEO Isaac Lee sent an internal memo to staff addressing the issue on December 23.

As some of you may have seen there is some reporting out that centers around FUSION’s ownership structure. As you can see Univision and Disney did not comment on the story.

I know it can be frustrating to read stories that are based on rumors and speculation. Unfortunately we are in an industry where rumor and speculation is the norm, and we should not allow these rumors to impact the great work we are doing in our day-to-day.​ ​

We continue to believe strongly in FUSION as an asset and in your ability to create formidable content that serves our young, diverse audience on TV, digital, and social. I am incredibly proud to see the growth we are seeing across all platforms — from FUSION’s launch on Snapchat Discover in the U.S. to the diverse audience that is coming to us on television to our digital team quadrupling the traffic of FUSION.net​.

I am thrilled that we will be kicking off the new year with the “Iowa Brown and Black Forum” on January 11. It will be the perfect embodiment of FUSION’s mission — a young, diverse panel questioning the Democratic candidates about the issues that matter most to America’s growing multicultural population.

Please keep up all the great work. I hope you all have a happy and healthy holiday!!