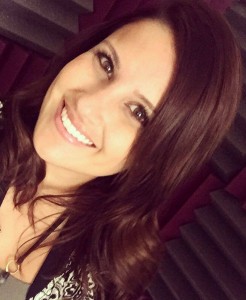 iHeartMedia has named Sisanie Villaclara the new co-host of “On Air with Ryan Seacrest.” The Los Angeles radio personality simply known as “Sisanie,” who already started her co-hosting duties, will also continue to serve as Music Coordinator for KIIS-FM.

Sisanie replaces Ellen-K, who co-hosted the radio show for the past 11 years.

The show, which airs weekday mornings on L.A.’s 102.7 KIIS-FM, is syndicated on 170 stations worldwide.

Sisanie previously hosted her own midday show on KIIS-FM for the past 8 years, also broadcasting a midday show for San Diego’s KHTS-Channel 93.3 during that time.

After leaving KIIS-FM’s midday slot, the station promoted Letty B to the position.

Additionally, she had her own national syndicated show heard on more than 60 CHR radio stations, including major markets such as Y100 in Miami.

Born in Orange County, of Mexican and Peruvian descent, she started her radio broadcasting career as an intern for iHeartMedia.