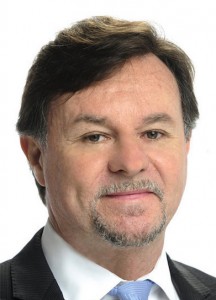 Mauricio Piccone has left Endemol Shine Latino to take on the role of SVP of Reality Programming at Telemundo.

He’ll be based in Miami and work with María López-Álvarez, SVP of Reality Programming, reporting to Jesús Torres Viera, EVP of Programming and Content.

In his new role, Piccone is responsible for supervising in-house and external reality productions in the United States and Latin America, including reality programs, specials, daily shows, live events and new development projects.

He’ll also oversee and manage third party producers, partners and co-productions in order to streamline and optimize processes and ensure the delivery of innovative and relevant programming.

Prior to joining Telemundo, Piccone spent 5 years at Endemol Shine Latino, most recently as SVP and Co-Executive Vice President, leading all Spanish-language production and programming initiatives for the division, including “Mira Quien Baila” for Univision and Televisa, “Yo Me Llamo” for Telemundo, and “A Todo O Nada” for Azteca.

He was previously Executive Producer of Sony Entertainment Television’s “Mexico’s Next Top Model,” Endemol Mexico/Televisa’s “Fear Factor,” as well as other high-profile projects.