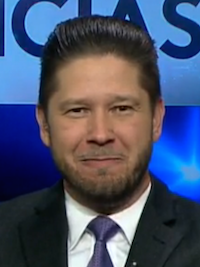 For the past 9 years, Lester was Sr Director of Communications for the MLS Houston Dynamo soccer team, leaving the post in October of this year.

Prior to the Dynamo, Lester was the Sports Director for Telemundo Houston from 2004 to 2006.

He previously spent 3 years at KTVK Channel 3 ¡Más! Arizona, starting as a news writer, moving up to news producer, before going on-camera as a sports reporter, sports anchor and news anchor.