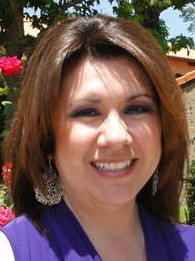 Vicki Adame, a lifetime member and founder of the Bay Area Chapter of the National Association of Hispanic Journalists, has moved back to California and is now working for the non-profit organization as Communications Coordinator.

“I’ve been an active supporter of NAHJ for a number of years, becoming a lifetime member nearly nine years ago,” Vicki tells Media Moves. “When this opportunity to help NAHJ grow and become a powerhouse among the journalism organizations came up, I couldn’t let it slip by.”

She’ll be focusing on all aspects of NAHJ’s communications, including doing website updates and drafting a monthly e-newsletter. She started her new role on Wednesday, January 6.

It is a part-time position, which will allow her to pursue a master’s degree.

For the past 7 years, Vicki has been a freelance writer and media relations consultant. She was most recently a Communications Lead for Texas with Enroll America.