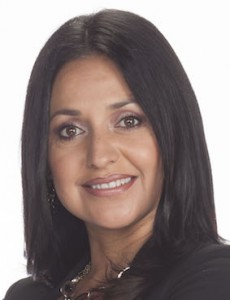 Meruelo Media has promoted Irma Barrios to Vice President of Media Sales of all of its media platforms.

In her new and expanded leadership role, Barrios will also be involved with content and operations at FM radio station 93.5 KDAY and the company’s digital channels. She’ll continue to report to company President Otto Padrón.

Prior to Meruelo Media, Barrios held various sales positions at KWHY-22 and Telemundo in Los Angeles. She has also worked for Univision and El Dorado Communications.

Her promotion comes amidst a company reorganization which also marked promotions for two other executives. Paddy O’Brien has been upped to Media Sales Manager overseeing all National and Local Media Sales and Adrian “AD” Scott steps up to the newly created position of VP of Programming and Content.