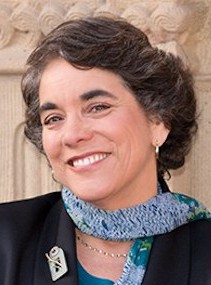 She takes over the new role on September 1.

She’ll succeed James Bettinger, who is retiring August 31 after 27 years as director and deputy director.

Garcia first joined the JSK program in 2001 as Deputy Director after leaving the San Jose Mercury News, where she had spent 8 years as Assistant Managing Editor/Metro. She previously worked as a reporter at the San Francisco Chronicle from 1986 to 1991.

During her two-decade career in journalism, she also reported for the Modesto Bee and the Oceanside Blade-Tribune.

The JSK program was founded in 1966, as the Stanford Professional Journalism Fellowships program. After initial funding from the Ford Foundation, news organizations and the National Endowment for the Humanities, the program was put on a permanent, self-sustaining basis beginning in 1984 with a $4 million grant from the Knight Foundation.

Beginning with the 2009-10 fellowship year, the program shifted its focus from personal and professional improvement to journalism innovation, entrepreneurship and leadership.