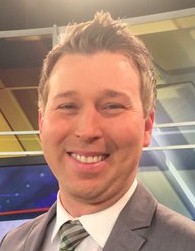 His final “Sunday Sports Zone” show was May 1.

“These four years went way too fast!… Going to miss you, Colorado. You were good to me.”

Before joining Fox31, Raul spent 6 years as Sports Director at ABC affiliate KVIA, in his hometown of El Paso. He started at the station as a weekend sports anchor in 2004.