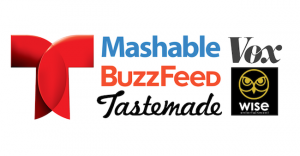 Peter Blacker, EVP of Digital Media and Emerging Businesses for NBCUniversal Telemundo Enterprises, announced a series of digital initiatives with its new partners this morning during a pre-Upfront presentation to the press.

Additionally, Fluency Productions will be working on two new multiplatform feature films set to debut in 2017. The first, “Fat Camp,” will follow fitness enthusiast Hutch Daley as he teams up with a group of young misfits at a fat camp. The second is a co-production with Wise Entertainment, the production company responsible for the Emmy-nominated Hulu hit “East Los High.”