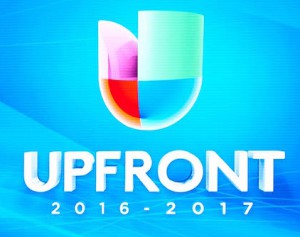 Besides presenting a slate full of novelas and partnerships with Netflix and AOL, Univision emphasized its upcoming Saturday night lineup during its upfront.

The network will be filling the “Sábado Gigante” void with “Sábado Futbolero” – six hours of Mexican League soccer.

One of the biggest announcements during Univision’s upfront was a partnership with Netflix that will allow the network to air some of its original shows and to co-produce a series about “El Chapo.”

The company also highlighted its new partnership with AOL to provide automated programmatic TV ad buying, starting in the fourth quarter of 2016.

Through the ONE by AOL: TV self-serve module, advertisers will be able to access premium TV inventory while viewing real-time audience attributes beyond traditional TV buying metrics, allowing them to better plan, purchase, and measure their TV ad investments.

Promoting its entire portfolio of networks, the company divided and presented its programming in four categories: sports, comedy, music and drama.

“Sábado Futbolero,” consisting of six hours of Liga MX games, as well as sports documentaries, including “La Otra Mirada,” in which Hispanic America’s most popular stars tell the stories behind their favorite sports moments.

The Televisa telenovela pipeline will bring about 15 productions for the new season, including “Mujeres De Negro,” “Tres Veces Ana,” and “El Príncipe.”