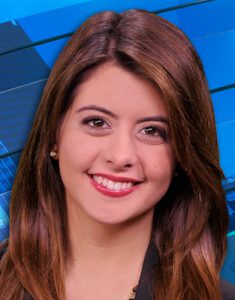 Nathalie Granda has been hired as KFSN-TV’s new Merced bureau reporter. She’ll be working the weekday dayside shift for the 4 and 6 pm newscasts.

She will make her on-air debut next week.

Nathalie joins the ABC Fresno station from KVII-TV in Amarillo, where she was a multimedia journalist and fill-in anchor for the past year.

Nathalie is the daughter of reporter Carlos Granda, who works for KABC-7 in Los Angeles.