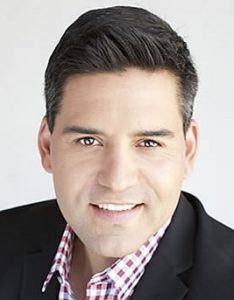 Rolando Nichols, whose multi-year anchor contract with MundoFox was acquired by MundoMax when it took over the network, has been able to negotiate his exit.

Rolando was the only MundoFox original on-air talent to remain on the rebranded network until this week.

Since the MundoFox national newscast was canceled last year, Rolando had a very limited role in the company. In recent months, he hosted “Al Máximo,” a weekly local community affairs program on KWHY-22. He previously anchored news briefs with Palmira Pérez.

The news briefs were canceled earlier this year after a round of layoffs wiped out the production staff, including Palmira.

MundoMax has finished production and taping of the community affairs shows that will run through December, paving the way for Rolando’s departure.

“It was a friendly exit. They treated me with the utmost respect and I’m very happy,” Rolando tells Media Moves. “It was a good experience all the way around – from MundoFox to MundoMax. Good way to part ways.”

Prior to reaching an agreement with MundoMax, Rolando’s contract was set to expire in May of 2017. He is now officially a free agent.

Rolando says he is exploring job opportunities in English-language news and is currently in talks with a station for an anchor position.