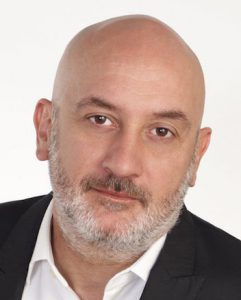 Fernando Gastón is joining NBC Universo as Vice President of Production and Development, reporting to Bilai Joa Silar, SVP of Programming and Production.

In this new role, he’ll be responsible for the development and execution of production strategy that will drive ratings growth and further the channel’s brand.

He’ll also participate in the assessment and development of entertainment properties, and contribute in tactical and strategic discussions for the channel.