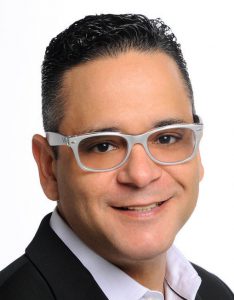 In his new role, he’ll oversee the strategic creative development and execution of the network’s high profile launches and overall branding initiatives.

He’ll also be responsible for creative consistency across on-air, off–air and multi-platform, as well as lead the creative approach for all Upfront related activities, including trailers, messaging, invitations and events.

Domenech will report to Aileen Angulo-Merciel, Telemundo’s SVP of Marketing and Creative.

Domenech joined Telemundo in 2007, holding several creative roles of increasing importance. In his most recent position as Senior Creative Director of Digital Marketing, he led the digital content and innovation team in creating multi-platform marketing efforts for Telemundo’s programming. Prior to that, he was the Senior Creative Director for On Air/Off Air Brand Promotions at Telemundo.

Before joining the network, Domenech operated his own design and production studio in Puerto Rico, where he collaborated with ad agencies and television networks to shoot, direct and produce commercials, television movies, mini-series, novelas and documentaries.