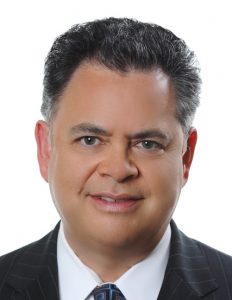 In his new role, Jiménez will work with the national and local sales teams to create and manage client advertising packages and be responsible for selling Entravision’s media and marketing solutions across the company’s radio and digital properties in the Los Angeles market, including: Jose FM broadcasting on KDLD-FM, KDLE-FM, KLYY-FM, and Super Estrella broadcasting on KSSE-FM, KSSD-FM, and KSSC-FM stations, as well as online radio property Indie 103.1.

Before Entravision, Jiménez was the EVP of Local Media for Univision Radio, ousted in September of 2015 during a management restructuring. He was previously SVP and GM of Univision Radio in Los Angeles and VP and GM in San Francisco.

Prior to joining Univision in 2010, he spent 15 years with Telemundo in senior executive sales roles in Los Angeles, Dallas and Phoenix.