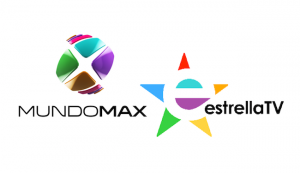 The struggling network that started as a joint venture in 2012 between Fox International Channels and RCN Colombia will soon be off the air for good, according to inside sources.

MundoMax, which was born MundoFox and was rebranded last year when RCN parted ways with Fox and took sole ownership of the network, is negotiating exits with the last remaining affiliates it has in the United States.

In the past few months, several stations have already changed affiliations from MundoMax to independent status as those affiliate contracts expired, including WOCK channel 13 in Chicago, KFWD channel 52 in Dallas, KCNS channel 38 in San Francisco and WTBS channel 26 in the Atlanta area.

“The signal is no longer viable and they will no longer broadcast,” states an insider. When asked about the possibility of a cable only operation, the source says management is liquidating all assets and is apparently looking to cut its losses by eliminating MundoMax.

According to a source, MundoMax will go off the air at Meruelo Media-owned KWHY-22 in Los Angeles at the end of this month. The network may continue to broadcast a little longer at WGEN-TV in Miami if executives can’t negotiate a buyout before the affiliate contract expires.

Dismal ratings (often a 0 rating), distribution problems and Colombian programming that never took off with the U.S. Hispanic audience have led to the network’s demise.

As MundoMax winds down, Estrella TV has seen an opportunity.