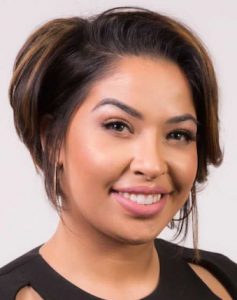 as general assignment reporter for CBS3 in Philadelphia.

Her first day was February 21.

She joins the station from Scranton’s ABC affiliate WNEP-TV, where she was a reporter and backup anchor since 2015.

She began her career in 2013, landing her first job as an MMJ at WBNG-TV in Binghamton, in her home state of New York.