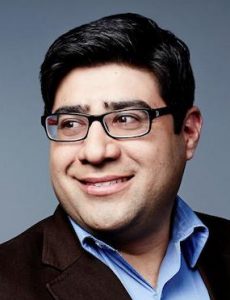 Mariano Castillo has rejoined CNN in Atlanta, more than year after being laid off in a reorganization of CNN Digital.

He’s now an editor on The Row, the editorial and story vetting unit that reviews correspondents’ scripts and provides editorial guidance to all CNN networks. In this new role, he’ll also work with CNN en Español.

During the past year, Castillo worked as an editor at The Associated Press and a producer on CNN’s International Desk on a temporary basis. He also freelanced for outlets including Fusion and The New York Times.

Castillo previously worked at CNN from 2009 to 2016, starting as a digital writer embedded with CNN en Español, before moving up to Newsdesk Editor/Weekend Supervisor at CNN Digital.

Prior to CNN, he spent 4 years at the San Antonio Express-News, where he was a criminal justice reporter and Border Bureau Chief.