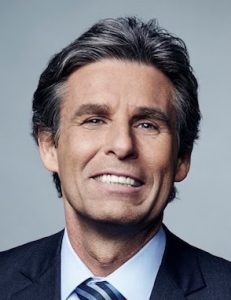 CNN en Español is undergoing major changes on its 20-year anniversary and just before 2017 comes to a close.

Another longtime CNNE anchor is leaving the network. Carlos Montero, currently a co-anchor on morning show “Café CNN,” will wrap his career at the Spanish-language cable news outlet after two decades.

His departure makes him the last on-air talent from the 1997 original launch team to exit the network, following Patricia Janiot, who quit CNNE to join Univision earlier this month.

According to inside sources, Montero and CNNE were unable to reach an agreement on renewing his contract.

CNNE spokesperson CNN Isabel Bucarám confirmed Montero’s departure. “We are grateful to Carlos for all his many contributions to the network and wish him the very best,” she said.

In addition to Montero’s departure, programming reorganization and layoffs, employees were told in a staff meeting to expect more changes.

Bucarám would not address the layoffs, but responded to the changes with this statement:

“CNN en Español is strengthening its content-generation capabilities to further position itself as the premiere Spanish-language cross platform news content business in the Americas. This includes investment and reallocation of resources to maximize the digital and TV newsgathering functions, increase content generation and optimize production resources. As responsibilities in the network shift, overall network headcount will increase.”