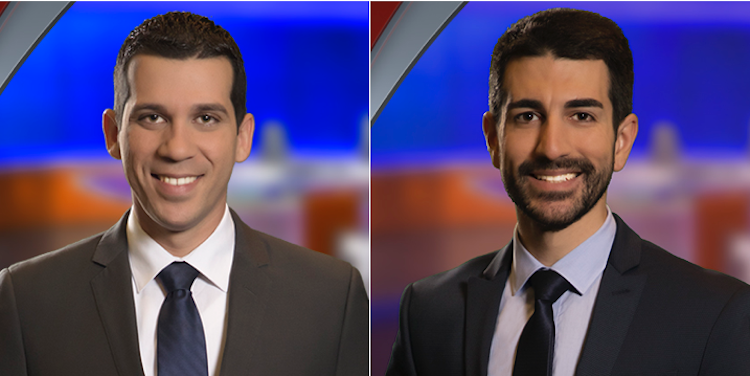 Alexis Orengo joins “Noticiero Telemundo 39 a las 11 am.” He’ll also deliver local weather forecasts during the early morning news cut-ins that air from 6 to 8 am on weekdays.

Orengo made his on-air debut earlier this week alongside news anchors Ramón Diaz and Analia Fiestas.

The station also hired Pablo Sánchez Nuñez for the weekend edition of “Noticiero Telemundo 39,” which airs Saturday and Sunday at 5 pm.

Orengo joins Telemundo 39 after working as meteorologist and weather reporter at WOLE Channel 12 in Puerto Rico.

Sánchez Nuñez previously worked for the Aragonese Radio and Television Corporation in Spain and as a weather presenter for Radio & Television of the Principado de Austrias in Spain.