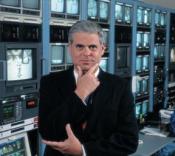 Bob Behar’s newly formed HERO Broadcasting has just bought Bela Broadcasting and its main assets – KBEH-Channel 63 in Los Angeles and KEJR-43/KMOH-6 in Phoenix. According to Hispanic Market Weekly, the deal is valued at $100 million. Behar, who owned 24 percent and was CEO of Bela, says he won’t change the stations’ status as MTV Tr3s affiliates.

Behar was Sr VP and COO of Telemundo Productions from 1987 to 1992. In 1993, he built Hero Productions, a television production and transmission facility. He sold Hero to France Telecom in 1998 and was president and CEO of GlobeCast America, before moving on to Bela Broadcasting.