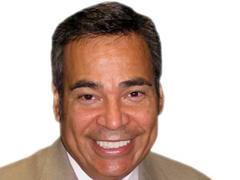 David Cruz, who left KNBC in L.A. for an anchor job in San Antonio has apparently been taken off WOAI’s 5 pm chair.

David, who is a San Antonio native and who worked as an anchor at WOAI in the 70’s, was hired specifically to handle the 5 p.m. newscast. He started last August.

According to the San Antonio Express News, David said via email that he was “surprised with the news that I was being taken off the program” and that the decision seemed to be based on research information from an outside media consulting company. “I don’t think five months of my being back in my hometown is long enough to make such a major decision,” he told the paper.

Meanwhile, the station spokesman would not comment on the move.