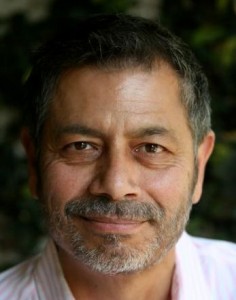 Al Corral, who has been news director of Telemundo’s KVEA-52 in Los Angeles since 2001, resigned from the job yesterday. His last day is May 2nd.

“I need a break. I need a change. I want to have more control over my life and I need to clear my head, ” is Al’s explanation about why he’s leaving.

“I negotiated a good buyout and I felt it was a good opportunity for me and my family. My wife and I and our 8 yr-old daughter had a trip lined up to Europe in August and now we’re going to extend it.”

Al says running two news departments (KVEA-52 and KWHY-22) was exhausting. “I’m just going to chill for a while.” He says he has nothing lined up, but that he’s talking to people “who are doing cool things.” What’s cool according to Al? Public radio and producing content. He says he’ll be staying in L.A. for the time being.

Al has previously worked as news director at KPIX-5 in San Francisco and at KCET in Los Angeles.