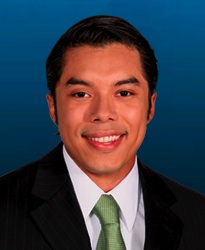 Jorge was one of the casualties when Equity Media shut down their Detroit Univision News operation. Born in Nicaragua, he was raised in San Francisco. He started out as a photographer and reporter for the KEYL1-TV, the Univision affiliate in Amarillo, Texas in 2004 and a year later moved to Detroit for a job as a reporter at Univision station WUDT-TV 23.