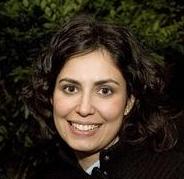 Cecilia has helped break some embarrassing stories about mayor Gavin Newsom, including his affair with the wife of his campaign manager, Alex Tourk.

Although this is Cecilia’s first broadcast job, she has made numerous TV appearances as a Chron reporter. She starts the new job on Sept. 8. She will be working at KGO’s Oakland bureau.

Why the move? She told the S.F. Chronicle the state of the newspaper industry played a major role in her decision:

“I certainly believe newspapers will always be around, I’m just not sure in what form or capacity. So, indeed, the unfortunate state of the newspaper industry played a role in my decision to make the jump to TV news. But really the decision came down to taking advantage of an opportunity to work for a great local news station and learning another form of story telling.”