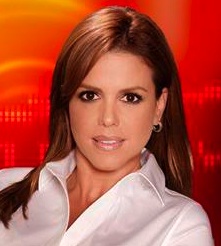 María Celeste Arrarás, host of Telemundo’s news magazine “Al Rojo Vivo” will preside over the opening and closing ceremonies at this year’s Border Governors Conference, to be held at California’s Universal Studios August 13-15.