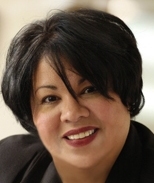 Rossana Rosado, publisher of El Diario La Prensa will take on the additional duties of publisher of Hoy Nueva York.

Rossana, who started at the paper as a reporter, was Editor in Chief from 1995 to 1999. She was promoted to Publisher and CEO of El Diario in 1999.

Jorge Ayala, publisher and CEO of Hoy since May of 2007, has been promoted to VP, advertising, of both New York Spanish-language dailies.

Jorge joined Newsday in 1993 (then owned by Times Mirror) to help with the launch of Hoy. He joined El diario La Prensa on February 2001 as General Sales Manager.

Both appointments are effective immediately.

Chicago-based Tribune Co. sold Hoy New York to ImpreMedia LLC, in May of 2007.