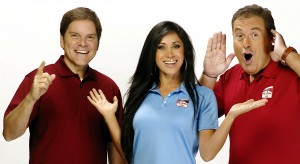 Well known sportscasters Andrés Cantor and Jessi Losada, along with Mónica Noguera, who until recently was one of the now-defunct “Cada Día” morning show co-hosts, will be the Spanish network’s anchor team covering the Beijing Olympics.

Telemundo will begin its Spanish-language live coverage starting August 6 from Beijing. The network has announced it will air special programs focusing on Hispanic athletes and Latin American countries participating in the Olympics. They have also set up a Website where users can log onto and find real time information on any participating country.