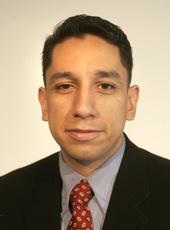 “Leaving the Boston Globe was hard,” he tells me, “but I couldn’t pass up the chance to produce multimedia work for the Associated Press in Boston, while also covering immigration and minority affairs.”

While at the Globe, he was the host of “Across the Divide,” a podcast of minority issues.  He previously worked as an education reporter for the Albuquerque Journal and an online editor for the AP in N.Y.