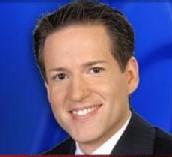 Metereologist Ivan Cabrera is no longer working at WESH-2 in Orlando. The station’s GM gave no details and his agent said a confidentiality agreement is keeping Ivan’s lips sealed, though the parting was “very amicable,” according to the Orlando Sentinel.

Ivan had been working at the NBC affiliate since May of 2006. The station’s Web site billed him as “the first bilingual meteorologist on non-Hispanic television in the Orlando market to deliver weather information fluently in English and Spanish.”

Ivan is a native of Cuba, who holds seals of approval from the American Meteorology Society and the National Weather Association. Prior to WESH, he was a meteorologist for WSI Corp. in Boston. He also did weathercasts for Fox News Channel, NY1 News, Bay News 9 in Tampa and News 8 in Austin.