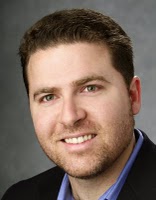 Javier replaces André Fernandez, who left his job as Sr VP and CFO of Telemundo in September to join Journal Communications as Executive Vice President, Finance and Strategy.