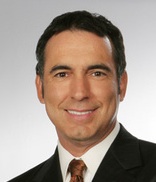 Sports Anchor Rick Garcia leaves KTTV-11, the Fox station in L.A. after a 22-year run.  He said his goodbyes on the air last night during the newscast.

Rick started at KTTV as a weekend anchor and weekday reporter in 1987, moving up to weekday sports anchor a year later. A few years after KTTV ‘s merger with KCOP-13, the UPN station in Los Angeles, Rick also took on daily anchor duties for the My13 Newscast at 11 p.m., with Lauren Sanchez until the fall of 2008.

Rick got his start in broadcasting career as sports director and play-by-play announcer at KAVL-AM radio in the Antelope Valley in 1979. Before joining KTTV, he was weekend sports anchor at KVBC-TV in Las Vegas, KOAT-TV in Albuquerque, and weekday sports anchor at KTSP-TV in Phoenix.