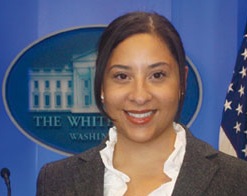 Julissa Marenco returns to ZGS after serving as a 2007-08 White House Fellow.

She will be the new President of the ZGS Station Group. She replaces Wendy Thompson, who resigned earlier this month.

Before her fellowship, Julissa was General Manager of the Telemundo affiliate in Washington, D.C., owned and operated by ZGS.

She joined ZGS in 2001 as the National Sales Manager in New York. A year later, she was promoted to general sales manager in D.C., before taking on the GM position.

She previously worked for Telemundo Network.