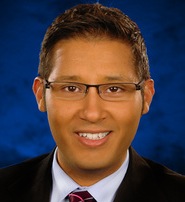 Cris Martinez, who has been doing morning weather and traffic at WOFL-35, is leaving the Fox station in Orlando. Starting August 10, he’ll start a new job at WGLC-36, the CBS affiliate in Atlanta.

Cris has previously worked as weekend metereologist at KENS-5 in San Antonio and KHCW-39 in Houston.