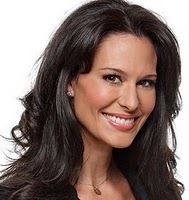 Former Philly anchor Alycia Lane, fired by the CBS station there in January of 2008 after a series of scandals, has found a new TV home at KNBC-4 in Los Angeles.

She’s joining the station as weekend anchor and reporter starting today, but won’t be on the anchor desk until the end of the month, according to the L.A. Times. She replaces Kim Baldonado who was recently promoted to weekdays.

Looks like Alycia wanted to follow DJ boyfriend Chris Booker to L.A., who got a new gig in town 2 months ago at KAMP radio. Maybe she also wanted to escape the bad publicity stemming from her charges of assaulting a police officer (later dropped), emailing sexy photos to a married man and her very public firing.