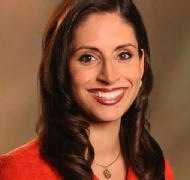 Evy Ramos has been hired at KGPE-47, the CBS affiliate in Fresno, as the station’s new morning anchor. Her first day on the air is September 14.

Evy leaves KGTV-10, the ABC affiliate in San Diego, where she was morning anchor and reporter since June of 2007. She previously worked as a reporter at KMPH-26 (Fox) in Fresno.