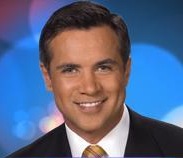 That’s what Charles Perez says is behind WPLG-10’s decision to switch him from weeknights to weekends, so he filed a discrimination complaint.

Charles was pulled off the main anchor seat on July 22. In the complaint, obtained by the Miami Herald, he claims station bosses demoted him to weekend anchor/reporter “because of their discomfort over the increasingly high profile” of his sexual orientation.

Charles, who is 46, says the “discriminatory action,” has humiliated him, calls into question his reputation and as a consequence, will affect his earnings potential, possibly costing him millions of dollars.

Meanwhile… Charles is in the middle of a nasty dispute with his former partner – with accusations of domestic violence and restraining orders.