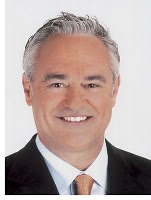 After almost 20 years working for Univision, Ray Rodriguez, President and COO of Univision called it quits. The 58-yr old executive joined the company in 1990, when it was owned by Hallmark, working in different management capacities. He was named to his current post in 2005.

CEO Joe Uva today sent out a letter to employees announcing Rodriguez’s resignation and informing them of other organizational changes. Among them: his replacement.

Starting October 1st, 35 yr-old Cesar Conde will assume the role of President of the Univision Networks. Until this appointment, he was EVP and Chief strategy Officer. He will be reporting directly to Univision CEO Joe Uva.