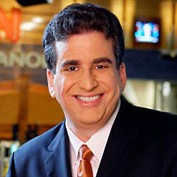 After a 19 year run at CNN, Christopher Crommett, currently Sr. VP of CNN en Español, has resigned from the company.

Chris started as a producer/writer for CNNE in 1990. He was promoted to news director right before the network became a 24-hr news operation in March of 1997. He was named Sr. VP and general manager of CNNE in 2002, when Rolando Santos moved on to helm Headline News.

It is not known why he has decided to step down from the job. In a brief email Chris only tells me: “I’m doing well and looking forward to spending some time with my family before embarking on the next stage of my career.”

According to Richard Prince’s journal-isms, Chris told colleagues on Wednesday he was leaving to “pursue new challenges.”