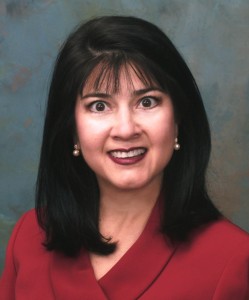 Araceli de León, who was named President and General Manager of Telemundo stations KTAZ-39 and KHRR-40 in Phoenix and Tucson in May of 2008, has been handed the reins of 2 more stations.

Promoted to Regional Vice President and General Manager, she will now also oversee sales, news, programming, marketing and operations of KBLR-40 in Las Vegas and KDEN-25 in Denver.

Araceli originally joined the Telemundo Arizona station as VP and GM from February 2003 to January 2005. She spent 2 years in Los Angeles, as VP and GM of KWHY-22, but returned to Phoenix in 2007.

Before joining Telemundo, she was GM of KORO-28, the Univision station in Corpus Christi. Prior to that she was Assistant News Director at KENS-5, the CBS affiliate in San Antonio.

Araceli began her career in 1978 at KENS in the Engineering department. She would later be recruited as Associate News Producer in NYC.