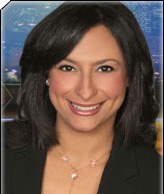 Lourdes Duarte has been promoted to 5 pm weekday anchor at WGN-TV, the Tribune-owned CW affiliate in Chicago. Lourdes is also the host of “Adelante Chicago,” a Hispanic public affairs show that airs every other Saturday from 6:30 to 7 am.